“I just want to do my job and take care of the people of this country,” the public health official says in a radio interview 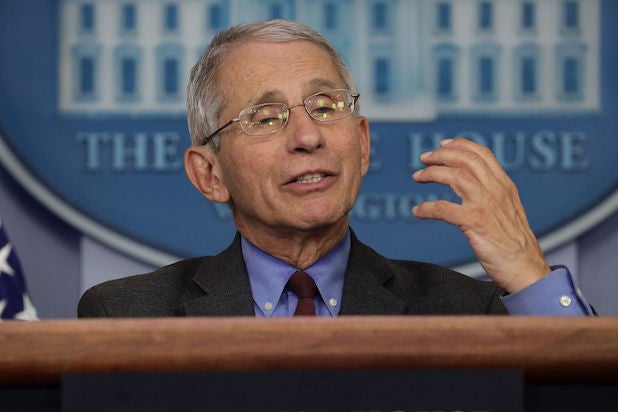 Dr. Anthony Fauci responded to President Trump’s recent comments labeling the public health official a “disaster” who had been around for “500 years,” quoting a line from “The Godfather” and doing his best Michael Corleone in his effort to get back the work of protecting American lives.

Fauci in a radio interview referred to Trump’s remarks as a “distraction” and said he would prefer not to directly comment or get into a “me against the president” situation, despite how the president has consistently dragged him into the political side of the COVID-19 crisis.

“What we are trying to do is to protect the health and welfare and safety of the American people predominantly, and ultimately, of the world. We are seeing an uptick in cases – higher than they’ve ever been. Many, many states that had been doing reasonably well are now showing upticks, that’s what we should be concentrating on,” Fauci said in an interview with KNX 1070.

He continued: “That’s the only thing I really care about. That other stuff, it’s like in ‘The Godfather:’ nothing personal, strictly business as far as I’m concerned. I just want to do my job and take care of the people of this country. That’s all I want to do.”

Trump said in a phone call with staff on Monday that, “People are tired of COVID” and that they just want to be left alone and “tired of hearing Fauci and all these idiots.”

Fauci did actually acknowledge in his interview that there is a fatigue to COVID-19 and even reassured listeners that he does expect a vaccine could be available by the end of the year.

“This will end. We will put this behind us with a combination of a vaccine, which I truly believe since I’m deeply involved in the development and testing of vaccines, that by the end of this year, we likely will have a vaccine that will be safe and effective that will help greatly at alleviating the stresses that have been put upon us,” Fauci said.

Fauci previously was forced to address the Trump campaign after they ran what he called a “completely out of context” campaign ad that seemingly praised Trump’s response to the COVID-19 pandemic.

“I think it’s really unfortunate and really disappointing that they did that. It’s so clear that I’m not a political person and I have never — either directly or indirectly — endorsed a political candidate, and to take a completely out of context statement and put it in which is obviously a political campaign ad, I thought was really very disappointing,” Fauci told CNN’s Jake Tapper last week.