John David Washington has had to overcome several hurdles to become a leading man in Hollywood. After all, he is the son of Denzel Washington, one of the most famous actors in the history of the craft. Before he started, however, Denzel was a professional athlete. Many athletes have made their way into entertainment for years, but they are typically off of their own star power. Washington forged his own path to fame, and now one of the hot young stars in Hollywood, his story should be explored. 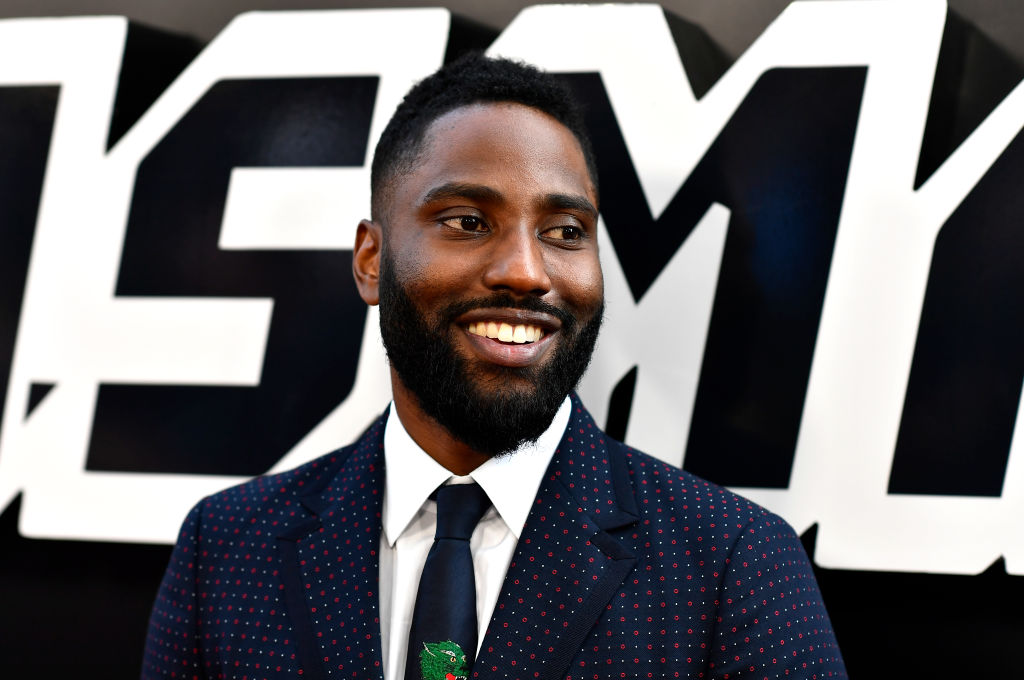 Before starring in Ballers or becoming a Hollywood leading man, Washington attended Morehouse College, according to Just Sports Stats. There, he didn’t pursue a career in film or theater, but in football. Washington spent four years playing running back for Morehouse’s football team. While the college isn’t always on the radar of NFL scouts, they began to take notice of his skills

Washington saw football as a way to get out from behind his father’s shadow. While his father’s thing was acting, he was playing football. He spoke about this with The Undefeated. “I was able to express a lot of my frustrations,” Washington told the web site. “My anxieties, my resentment [about] how I was treated or looked at, because of who I was related to. I hated the word nepotism … I knew that if I did well on the field, they can’t say that my father did it. In a way, I just got into character, deep character, in football.”

While Washington had a great relationship with his father, he did not want to be forever associated with his father’s accomplishments. During his time at Morehouse, he rushed for 3,669 yards. During his senior year, he rushed for 1,198 yards and nine touchdowns alone. He declared for the 2007 NFL Draft soon after his final game. Despite his dominance on the field, however, he continued to be as good as his father’s name.

Welcome to the big leagues

After going undrafted in the 2006 Draft, Washington questioned his football career. However, not long after the draft process ended, he got a call from the St. Louis Rams that changed his life forever. While Washington was excited, he grew tired of the headlines that this move resulted in.

“You are your own man. You took those hits. You ran those yards,” he told The Undefeated. “What ended up happening, though, as I started becoming successful, the press starts getting involved. It’s not John David Washington that runs for 200 yards and five touchdowns, it’s Denzel’s son runs for 200 yards and five touchdowns. So I see this thing was going to be inescapable.”

Washington never made it onto the official roster for the Rams, however. After a brief career in the since-folded UFL with the Sacramento Mountain Lions., Washington did some soul-searching and decided if he wasn’t going to escape his father’s shadow in something different, he’d do so in the acting game.

Ironically, Washington’s big break from his father’s shadow drew less attention than his foray into football. He co-starred in HBO’s Ballers, a series starring fellow athlete-turned-actor Dwayne Johnson. On the show, he showed a natural ability to deliver lines while playing football star Ricky Jerret. Ballers wrapped in 2019, but Washington already began his journey into film by then.

Washington appeared in several of his father’s movies throughout the years. Still, it was typically in a small, nearly unrecognizable role. He broke into his first acting job with BlacKkKlansman, a film directed by his father’s frequent collaborator, Spike Lee. The film garnered critical acclaim, according to Sports Illustrated, and took home many awards during its run. John David Washington had broken out of his father’s shadow.

Washington will always be linked to his Oscar-winning father, but he’s found a way to toe the line between famous son and independent actor. His next big break will come in Christopher Nolan’s Tenet, where he will work for the acclaimed Batman director in another starring role. Now comfortable in his father’s field, Washington is showing exactly why he’s still his own man.