BBC Breakfast presenter Dan Walker, 42, has told how he ended last week on a sour note after claiming he was inundated with “death threats” following his interview with singer Louis Tomlinson, 28. Former One Direction star Louis appeared on the morning show last week to promote his debut album Walls but vowed never to return shortly after he was quizzed by Dan and co-host Louise Minchin, 51, on a string of topics including a “spat” with former bandmate Zayn Malik and the songs written about the loss of his mother and sister.

Started the week getting death threats from One Direction fans

Dan has since taken to social media to call out fans of the star for targeting him.

Addressing his 600,000 Twitter followers ahead of the weekend, he wrote: “Started the week getting death threats from One Direction fans.

“Now getting shouted at by angry middle-aged men. The full spectrum. Have a lovely weekend Twitter.” 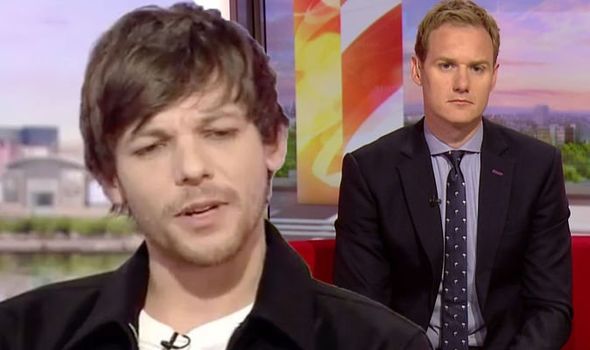 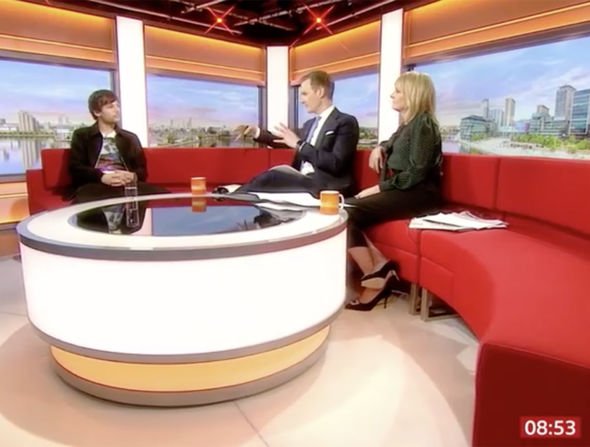 Responding to a user, Dan claimed he had received “four” threats so far.

One angered fan hit out at the TV presenter advising him to be “more respectful when interviewing” stars.

In an attempt to defend himself, Dan retorted: “I can’t believe we are still talking about this. He was on for nine minutes.

“More than half the interview was about his new album. We asked two questions about grief (having been told he would talk about it) and they were both about a song he had written for the new album. See u soon.”(sic) 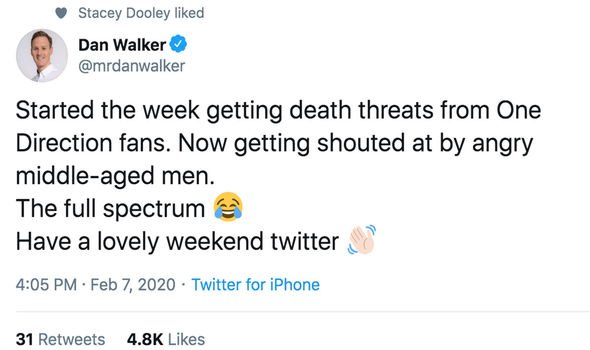 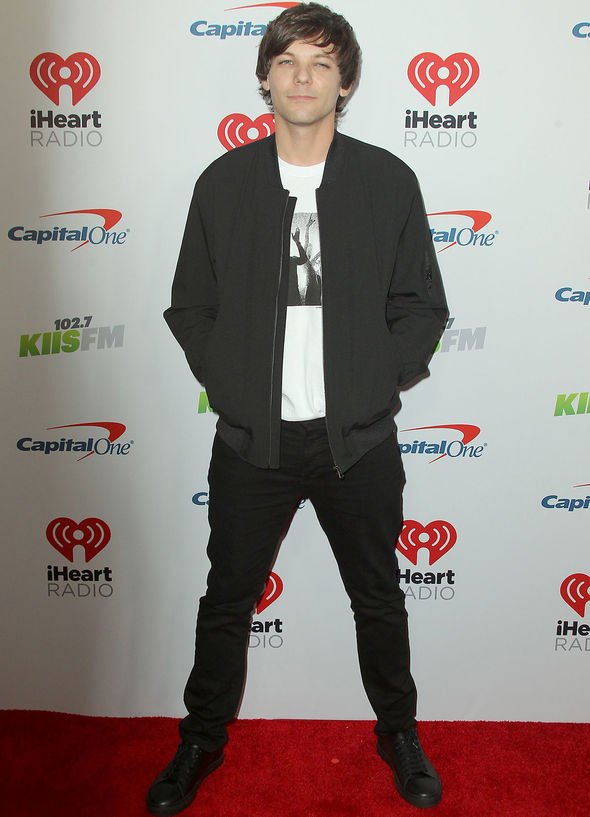 The slew of tweets come after Two Of Us singer Louis shared his outrage on social media following the interview.

He told his army of over 30 million followers that he would not be returning to the show in the future.

“Defo won’t be going on there again Haha! Love to all my fans for always having my back.”(sic)

A disappointed Dan responded: “Sorry you feel like that. It was nice speaking to you on #BBCBreakfast this morning. Can I ask what you are upset about?”

“I was upset that you continued to ask me about my grief. It goes without saying how hard it is to lose both people so close to me,” Louis hit back. “The least I ask is that you respect my decision of not wanting to be asking in interviews about something so painful.

“I’m lucky enough to have a creative outlet for me to talk about grief. This doesn’t however give you the right to talk about it for gossip purposes.”

Dan responded: “Hi Louis. We were asking you about the song on your new album about your mum. We know it’s painful which is why we didn’t dwell on it. No intention to upset you or be ‘gossipy’ about it at all.

“That is not our style on #BBCBreakfast.”

During the interview last week, Dan and Louise began by questioning the star on his success in boyband One Direction.

However, things appeared to take an awkward turn as Dan asked about the star’s songwriting process in reference to his grief.

“Do you feel that at some stage that ‘oh I’ve put too much of yourself out there’, or is that part of helping you in writing that way, about the loss of your mother and your sister and other things?”

A visibly uncomfortable Louis responded: “I think because of where I started my career on the X Factor and you know, there’s always been a camera on me, and I’ve always given a lot of myself, it’s kind of all I’ve known in my career really.

“I almost use that to my advantage and I’m brave enough to talk about these things.”

The conversation then shifted Louis revealing he had received support from his former bandmates amid his album release, with Louise highlighting that “a lot of them are on their second albums”.

After Louise attempted to bring up Zayn, the singer hit back at the pair for “going in” on him.

He said: “God you’re proper going in here today. People pick up on every little thing I say. Look I’m just not ready to have that conversation and I think that’s fair enough.”

“I’m sure you get asked a lot but people want to know if One Direction might get back on stage,” Dan prompted.

A deflated Louis responded: “You’ve gone from trauma, to Zayn back to this. I’ll give you the answer I give everyone else, it’s inevitable. I don’t know when. I’ve only just released my first album, that’s what I’m here for.”