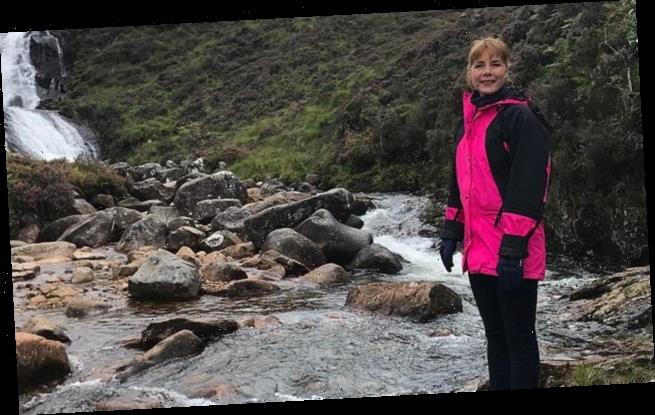 You can’t get more English than Dame Darcey Bussell. The former prima ballerina and Strictly judge speaks in tones as crisp as fresh snow, with an accent like a cut-glass decanter.

So it’s a surprise to learn that her maternal grandfather was a Glasgow-born mill owner, whose fondest memories were of summer holidays on the Isle of Bute.

It goes to show how inextricably connected Scotland and England are. We’re bound with links that cannot be broken by any referendum or spiteful politician. And let’s face it, if the UK dissolves, we’ll end up as the Former United Kingdom and Commonwealth. Nobody wants that acronym. 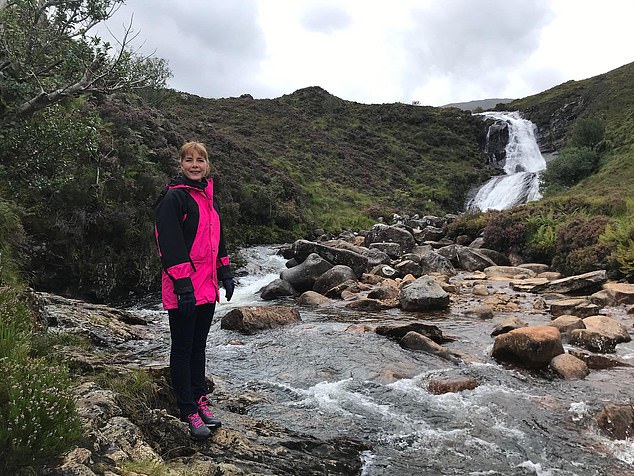 Darcey was on a voyage to relive her grandfather’s boyhood, in Wild Coasts Of Scotland (More4). No one could ever mistake her for a local: she was very much the tourist, as she hummed ‘Speed, bonnie boat . . . over the sea to Skye’ on the first stage of her trip.

But she was at ease far from the trappings of luxury. In her cagoule and walking boots, she was revelling in the changeable weather: ‘Four seasons in one day,’ she yelled over a sudden squall, and she wasn’t referring to a five-star hotel.

She had a go at something called step dancing, which resembles Riverdance in tap shoes. Otherwise, this was an hour of adventures that would appeal to any nine-year-old boy, such as watching wild otters and clearing plastic debris off a beach.

In a sea loch, Darcey had a go at scallop farming — collecting shellfish from the deeper water and bringing them to the warm shallows where they will grow bigger. I had no idea that crustaceans can be fattened like prize pigs.

The doughty dame ended with a swim under a waterfall. This, she declared, was Grandad Tommy’s favourite activity, though I bet he didn’t wear a wetsuit that looked like it was designed to withstand Antarctic temperatures. Darcey’s still a soft Southerner at heart.

Historian Emma Dabiri had to endure nothing colder than a domed cellar called the Ice House, as she explored the National Trust’s Tatton Park in Cheshire on Britain’s Lost Masterpieces (BBC4).

In this chilly storeroom, the downstairs staff at the stately home stacked ice collected during winter from the estate’s ponds.

Incredibly, it would still be frozen six months later, when Victorian house party guests were treated to ice creams. Emma was there with art connoisseur Bendor Grosvenor to assess a 16th-century portrait of a glowering figure: ‘A man whose pint you would not want to spill,’ remarked Bendor. 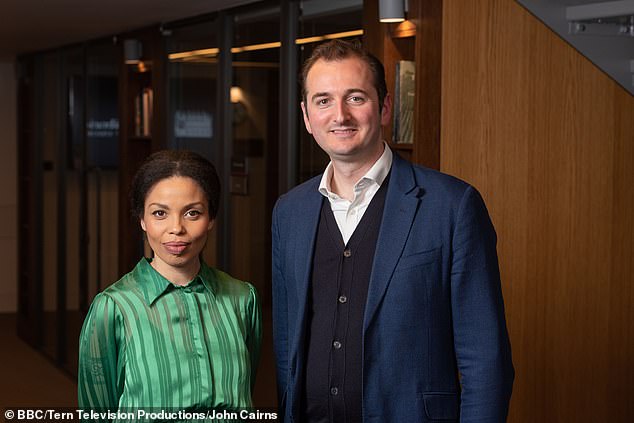 He suspected it might be a forgotten work by Parmigianino, ‘the boy wonder of the Italian Rennaissance’. When this proved to be a false lead, Bendor professed himself baffled . . . until, with a leap of intuition, he discovered it was painted by a contemporary of Signor Parmi’s named Francesco Salviati.

Inevitably, this involved a visit to Rome, followed by a coffee in the sunshine on the banks of the Arno in Florence. Well, you would, wouldn’t you?

I’m always in awe of the scholarship and almost psychic powers of deduction that Bendor displays on this long-running art series. But this time he rather gave away the secret of the trick.

Reaching for an auction catalogue from 1887, when the painting was purchased for Tatton Park by the first Earl Egerton, he let us glimpse the entry. It clearly listed the work as being by ‘Cecchino del Salviati’ — an alias for Francesco.

I think most of us could work out the identity of a mystery painter if it were given in the catalogue.