It looks like Caesar’s Ukranian “girlfriend” Maria can and will travel for the right person. And it looks like that person is Jesse Meester.

In all fairness, Maria did say during her appearance on 90 Day Fiance: Before the 90 Days that her ideal man is tall and blonde, two things that Caesar is not. It’s likely that she is attracted to the Dutch influencer but whether that is the case or not, she and a friend met up with Jesse in Barcelona over the weekend. 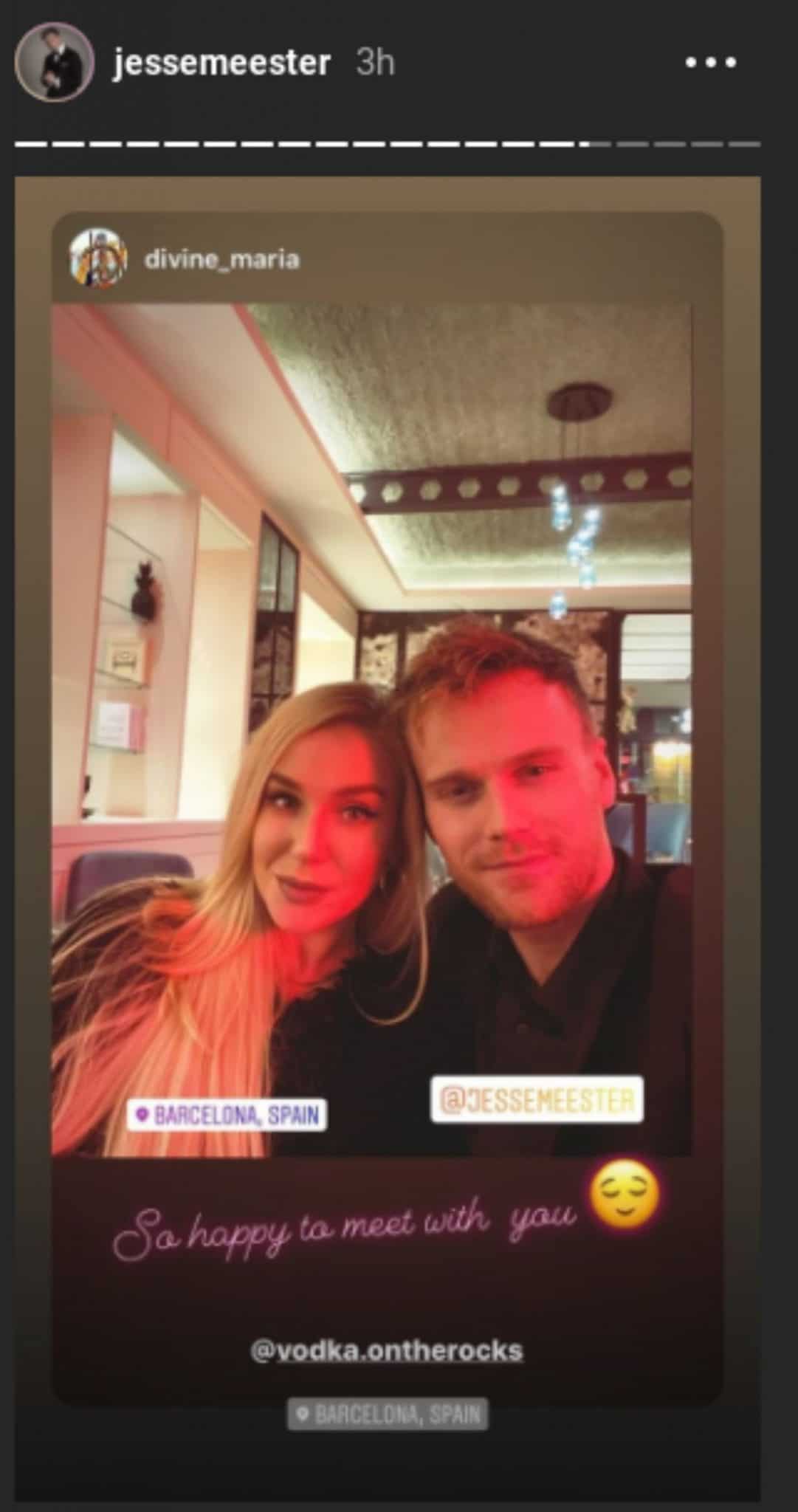 It didn’t end there either. Jesse also shared a video of himself with Maria and a friend as they were getting ready to do a workout together.

It’s not really clear why Jesse decided to meet up with Maria while in Barcelona but it was most likely the highlight of his trip. After all, Jesse has been dealing with a robbery that left him without his Louis Vuitton backpack and his prized luxury watches after someone snagged the backpack while he sipped coffee at Starbucks.

While Jesse’s meetup with Maria is a bit of a surprise, it looks like some 90 Day Fiance fans are here for it. After learning that the two met up in person in Barcelona, many have been commenting on it.

“Maria, you and @jessemeester would make such a beautiful couple 😍 Both gorgeous 💜,” one commenter wrote on a picture on Maria’s Instagram page.

It was also pointed out that Maria follows Jesse on Instagram and not Caesar. Could that mean he really did walk away after the Season 3 90 Day Fiance: Before the 90 Days Tell All? They wrote, “How do you follow Jesse and NOT Caesar?!”