Firing back. Braunwyn Windham-Burke slammed her Real Housewives of Orange County castmate Vicki Gunvalson by reposting a “Rudolph the Red-Nosed Reindeer” song parody that takes aim at the OG housewife.

Windham-Burke, 42, reposted a screenshot from a video of country songwriter Steve Bryant singing his original song “Vicki, The OG Housewife,” a spoof of the Christmas classic. 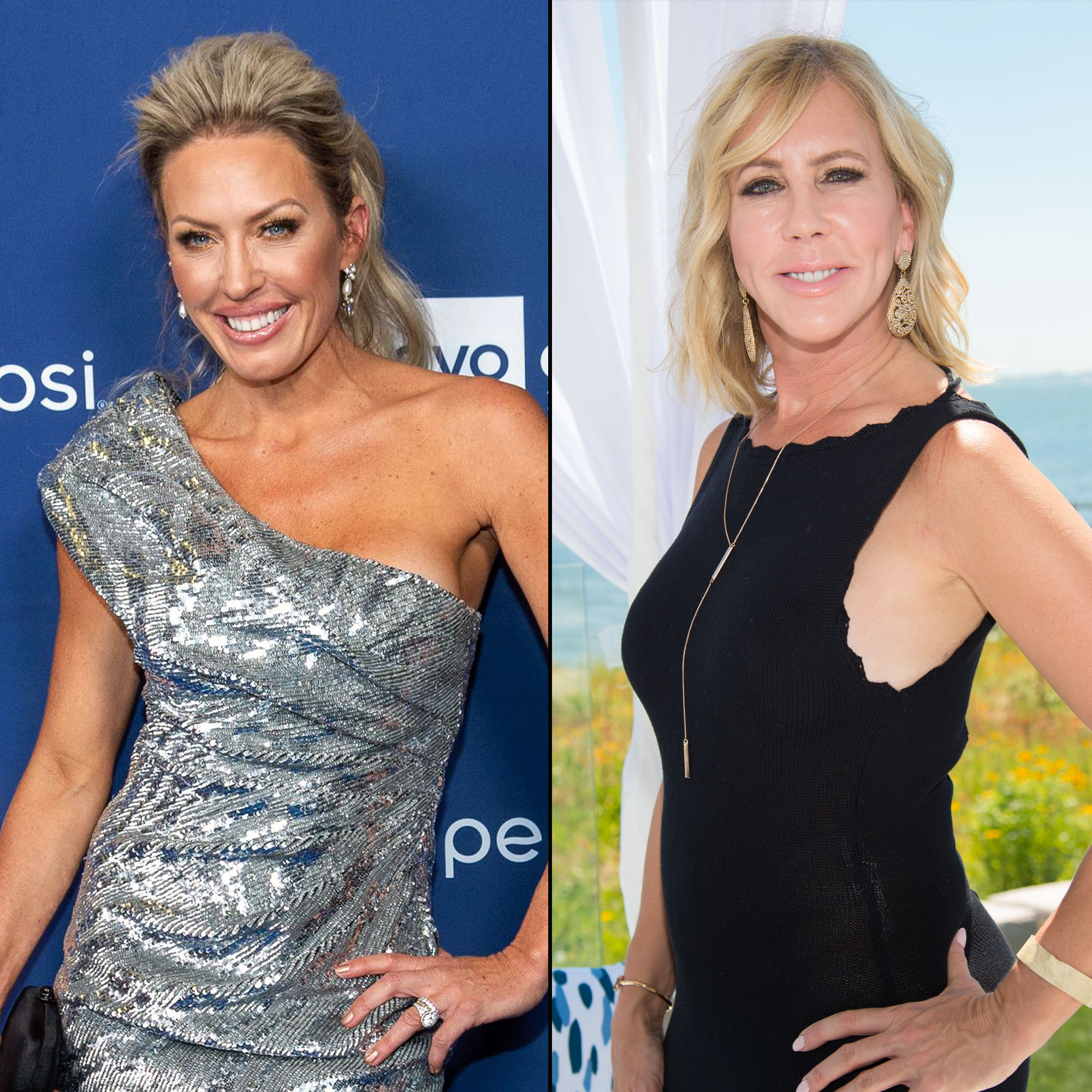 “You know Braunwyn and Shannon [Beador], Emily [Simpson], Gina [Kirschenheiter], Tamra [Judge] and Kelly [Dodd] and their nasty demeanor,” he begins the song. “But do you recall the worst real housewife of all? Vicki the OG housewife had a voice that could cut glass. Some people think she’s crazy, others think she is an ass.”

He continued, “Now all of the other housewives have their problems there’s no doubt, but most of the Bravo viewers would be happy to see Vicki out. Then on the reunion show, Andy [Cohen] was no slouch. He had enough of Vicki’s s–t then threw her off the couch. Then how the viewers loved it, watching her leave in disgrace. Vicky the OG housewife, I hope we never have to see your face.”

Bryant concluded the performance saying, “Wouldn’t that make for a happy new year?”

Windham-Burke’s social media jab comes after Gunvalson, 57, bashed her costars’ behavior on a sneak peek from the RHOC reunion released on Thursday, December 26. Earlier in the season Judge, 52, and Windham-Burke kissed at a dance club and went skinny-dipping in a hot tub.

“I don’t like the kissing. I don’t like the nakedness. I’m sorry. I don’t. I think it’s disrespectful,” the Coto Insurance CEO told Windham-Burke. “Fifteen years, I started this show. We don’t do that. Turn it down, Braunwyn. Turn it down! … We have kids watching this!”

Gunvalson encouraged Windham-Burke to “get off the show” so that the Bravo series could “elevate.” She then claimed the raunchy behavior is hurting her business. “I lost two clients last month because of these shenanigans,” she said. “They said it doesn’t meet their moral compass.”

Windham-Burke defended her actions, telling Gunvalson, “This is who I am. I didn’t come on the show to give you the best version of me. I came on the show to be me. And you don’t get to decide it.”

Some fans perceived Gunvalson’s comments as homophobic and the Bravo personality took to Instagram on Friday, December 27, to address the backlash.

“I’ve been seeing some things on social media that people are portraying me as homophobic. I’m gonna hit it right on, head on — I am not homophobic,” Gunvalson said. “I’ve got family members that are gay and lesbian and I’ve got obviously Bravo fans, personal friends. I’m not [homophobic].

She added, “What I did say [is] I don’t think it’s appropriate for Braunwyn to be making out on TV. I don’t care if it was with her husband or Tamra [Judge] or anybody,” she continued. “I just think it’s inappropriate. If she wants to go do that, do that off-camera. I don’t really think that we all need to see it.”

Gunvalson told Us Weekly in October that she was concerned about the new direction the Real Housewives franchise was headed towards compared to when she joined the show’s freshman season in 2006.

“There is an overload of crying and raunchy talk and behavior. The talk about sexual exploits should have been kept private and not heard or seen by children on television,” she explained. “When I created this franchise 15 years ago, it was about our lives and having the opportunity to showcase the world the privileged lifestyle we lead. It’s turning out to be all about divorce, rental houses, threesomes and other ridiculous things.”