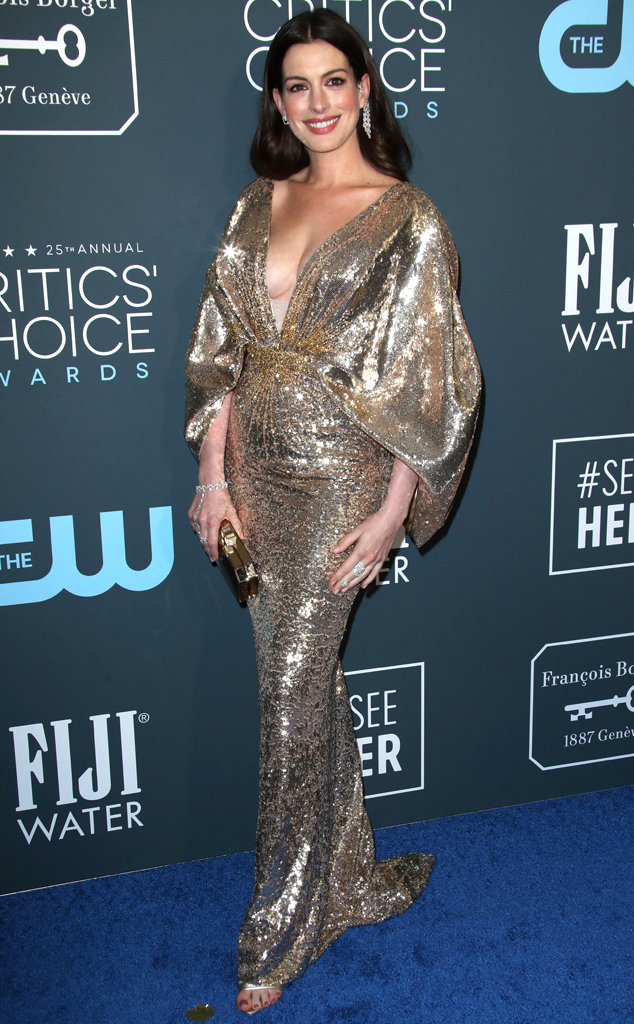 We missed you, Anne Hathaway!

After laying low for quite some time, the 37-year-old actress has finally made a comeback at the 2020 Critics’ Choice Awards red carpet, after seemingly welcoming her second child with husband Adam Shulman.

The Hustle actress sparked rumors that she gave birth to her little one back in December, and while no further details are currently available regarding the couple’s little bundle of joy, their newborn joins older brother Jonathan Rosebanks Shulman, 3, who Hathaway gave birth to back in 2016.

Now, the Hollywood star is celebrating her nomination tonight at the 25th annual Critics’ Choice Awards in Santa Monica, Calif. for her role in Modern Love. And she made sure to light up the room in a very shimmery gold gown that featured a plunging neckline and billowing sleeves.

Making her ensemble more eye-catching, she went for a retro-inspired hairdo and fresh-face makeup look that tied everything together.

Moreover, the Oscar winner presented the award for Best Actor, which went to Joaquin Phoenix for his role in The Joker. Of course, she’s also up for an award tonight so she might make another appearance up on the stage! 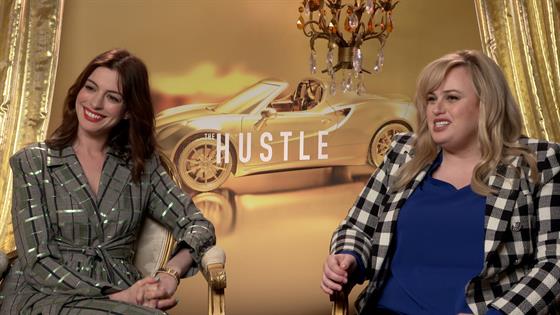 Last year, Hathaway announced the amazing news that she was expecting her second child by way of a baby bump photo on Instagram.

“It’s not for a movie…⁣⁣,” the actress captioned the shot at the time. “#2⁣ All kidding aside, for everyone going through infertility and conception hell, please know it was not a straight line to either of my pregnancies. Sending you extra love.”

It’s clear the Hollywood star has a lot to celebrate in 2020!