This is, unquestionably, one of the most devastating pieces of evidence we’ve seen so far in the he said/she said case of Amber Heard and Johnny Depp.

Over the past few years, the exes have accused one another of domestic violence back and forth in what seemed like an unresolvable, increasingly bitter battle in the court of public opinion (and also actual court).

It began with Amber’s accusation her husband and Rum Diary co-star threw a phone at her face as part of her 2016 divorce filing. After their split was settled, she wrote a 2018 op-ed in the Washington Post describing herself as a victim of abuse. While she didn’t name her famous ex, it was clear who she was describing. Johnny responded with a defamation suit, claiming her abuse accusations were an “elaborate hoax” and calling her the “perpetrator” of the abuse and not the victim. Amber hit back with an even more detailed, graphic description of, according to her, the history of abuse throughout their relationship.

Since then many have already chosen a side and dug in. However, after hearing this new audio, it’s hard to imagine anyone still thinking this situation is black and white.

The tape in question is of a conversation between the pair when they were still married back in 2015, a sort of couples therapy session recorded “consensually” on Heard’s phone and acquired by DailyMail.com thanks to “a well-placed source.”

Throughout the call, Amber seems upset with Johnny about leaving the area when they are having a fight, instead of talking it out. His response throughout is to tell her it’s because she’s turning the fights physical and he doesn’t want to get hit — or hit back. He tells her:

“You hit back. So don’t act like you don’t f**king participate.”

He defends his behavior, saying: 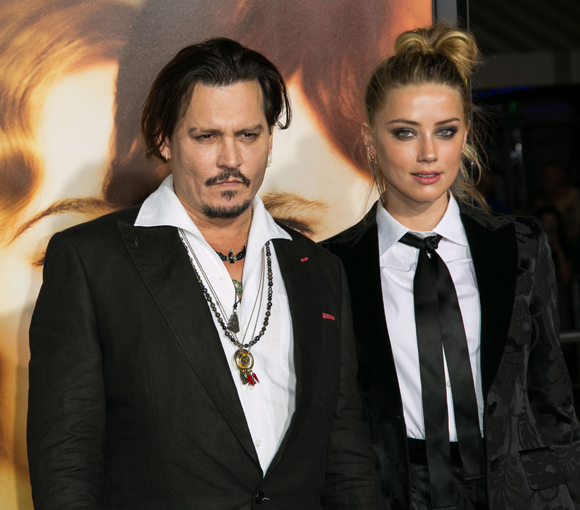 “I’m not going to get into the details of that fight. You and I both know that you split when there is no physical violence involved and that you do it… like at the very beginning of fights these days. And if you split and you go into a different room and you don’t actually leave that house, it does nothing but perpetuate the fight and you don’t actually do it respectfully… I’m not going to validate my actions last night. I feel very bad about what I did… I did not start screaming until you had f**king said all the s**t — you poke an animal enough, it is eventually, it doesn’t matter how friendly it is, it’s not cool… I stayed cool for so long and you kicked and kicked and kicked.”

“It’s the same for me… I need the same things but when you start flipping out, and I can’t get a word in, and it’s manic and angry, what the f**k, Amber?”

To which she excuses her behavior, saying:

“I get angry. I’m human. This is the kind of situation when one gets angry.”

Johnny tries to be the voice of reason, saying:

“Just try. Let’s both try. If there’s anger, if there’s something really, really poking us in the a** let’s try not to f**king fight. Try to address it without jumping down each other’s throats because all that’s gonna do is build a mountain of f**king, uh, resentment, some species of f**king hatred.”

She jumps to one of those things which get her angry, saying:

“You take me for granted.”

“It’s not true, it’s not true. I’m not the one who throws pots and whatever the f**k else at me.”

She immediately seems to brush off his concerns about the violence, answering:

“That’s different. That’s different. One does not negate the other. That’s irrelevant, that’s a complete non sequitur. Just because I’ve thrown pots and pans does not mean you cannot come and knock on my door.”

“Really, I should just let you throw?”

When she equates their behavior, he defends:

“The only time I ever threw anything at you was when you f**king threw the cans at me in Australia.”

This is in reference to the infamous incident in which he claims she threw things at him, including a bottle which exploded into glass shards which sliced the end of his finger. Amber claims it was Johnny who cut the tip of his own finger off in a drug-fueled haze. 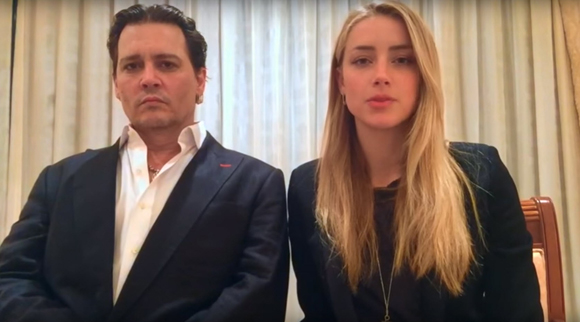 In this conversation, she again bats away his descriptions of violent behavior, asking:

“Why are you trying to justify who throws things based on whether or not you come knocking on the door? I don’t get why one informs the other.”

“Because that is a f**king irrational and violent f**king maneuver. So a man would want to get out of that area so that he doesn’t get so f**king angry that he actually does pop the f**king wife.”

They go on to talk about the specific incident the night before, in which Johnny says Amber punched him in the jaw. Johnny describes texting the building manager to come and defuse the situation. But it didn’t go how he expected:

“You lied. No, I said to you, tell Travis what you just did, did you punch me in the f**king jaw.”

Amber goes off over this, saying:

But Johnny won’t let it go:

“No, I said to you, ‘Tell Travis what just happened. Did you just f**king did you punch me in the f**king jaw? Did you f**king kick? Did you? Did you? And you wouldn’t say a f**king, you said I don’t know what you’re talking about. I never f**king, it never f**king happened… You lied your ass off.”

Amber then needles at Johnny, attacking his masculinity over his tactic of calling the building manager to “come and save me”:

“I watched you lie.”

Johnny then seemingly calls for a referee again:

But Amber is NOT having it:

“I’m not f**king talking to nobody. F**k that. You go f**king jerk, go j**k him off. I don’t care. I really could care less. It’s you every single f**king time, you latch onto some sort of thing. I already told you. I don’t know what you’re f**king talking about. You don’t even know what you’re talking about. You still haven’t even told me what it is, but run with it. You run with it.”

Johnny then gets back to the point — that she punched him in the face and denied it. 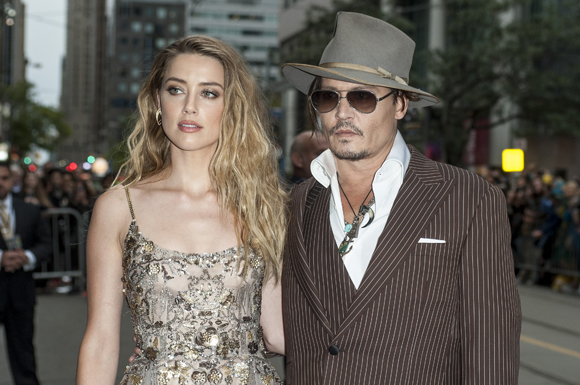 She seems to spin that, saying:

Depp objects to her version, saying:

“Don’t tell me what it feels like to be punched.”

She then seems to tease him for his age, saying:

She again minimizes any wrongdoing, saying:

We’re sorry, but we have to take a moment to say this 100% comes across as the excuses of a serial abuser. It’s never what they did wrong, it’s what you did wrong. They hit you, but it wasn’t abuse. Just zero accountability.

She attacks him again, saying:

“Because you start physical fights?”

“I did start a physical fight.”

To which Johnny falls back on his original argument for leaving:

Amber goes into full sarcastic attack mode over this, saying:

“Yes, you did, so you did the right thing. The big thing, the, you know what? You are admirable. Every single time, what, what’s your excuse, when there’s not a physical fight, what’s your excuse then? You’re still being admirable, right, by running away? And you can sit here and call me names, but you get called a name and what do you do — ‘that’s the last insult!’ You’re a baby. You’re a hypocrite. You don’t do anything that you actually do. You expect from people what you can’t give them. If they do something a taste of it to you, you f**king lose it. But yet you dish it out.”

“I left last night. Honestly, I swear to you because I just couldn’t take the idea of more physicality, more physical abuse on each other. Because had we continued it, it would have gotten f**king bad. And baby, I told you this once. I’m scared to death we are a f**king crime scene right now.”

Johnny keeps his focus on the physical violence, and considering they mention three separate fights they’d had in the previous two months, it seems the right priority to us. He goes on to reiterate his position:

Her response isn’t the most reassuring:

To which Johnny responds:

They did get divorced a few months later. And thank goodness because by the sounds of this they may actually have killed one another.

In Amber’s defense, there is a moment in the conversation where she and Johnny talk about the “monster” — which is what she says they called the “delusional and violent” side of his personality in her lengthy 2019 legal response to his “hoax” claims.

In this tape, Johnny acknowledges the existence of the monster — implying there is absolutely truth to her description of events as well. In this convo he’s prescribing separation and restraint — taking the boy out the fight as it were; however, she asks him:

“What are we going to do different in the moment when you’re mad, and you go f**k it and you decide all bets are off?”

Sounds to us like this is something that has happened before, especially after Johnny responds:

“Look what I did in Australia, look what I accomplished. I put the f**ker away. I told myself every f**king day, no, he’s gone. No he’s f**king, put him away.”

But *he* existed. Which means some of what she said happened is definitely true. So… could it be possible they’re both telling the truth? That they were abusing one another??

It’s honestly hard to read anything else into it after this… but their lawyers do it just fine of course. Johnny’s attorney Adam Waldman told DM in a statement:

Meanwhile a spokesperson for Amber responded by accusing Johnny of “victim-blaming”:

“Anyone familiar with the dynamics of domestic abuse would immediately recognize what is really going on here. Throughout the extended tape recording that Johnny Depp vindictively turned over to the press, Ms Heard repeatedly attempts to placate Mr Depp, ignore his accusations, and force him to acknowledge what was really happening in their relationship. For Mr Depp, who lived and lives in an echo chamber of his own making, to try to twist this private conversation to suggest either that he didn’t abuse Ms Heard or that she somehow ‘deserved it’ is nothing more than the latest misogynistic effort at victim-blaming.”

What do YOU think of this stunning new piece of evidence?? 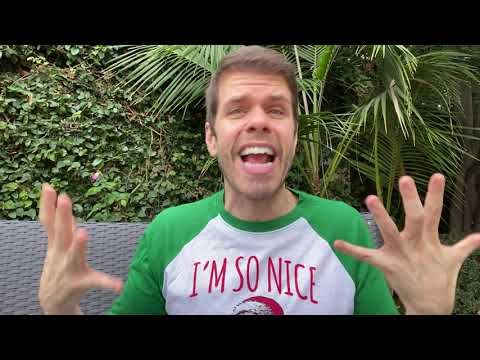 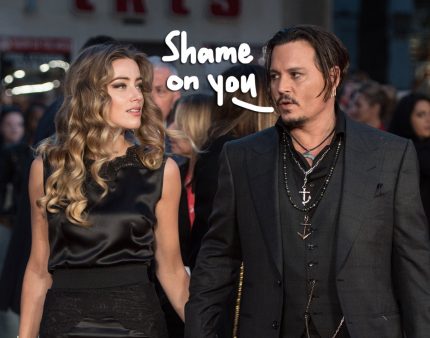 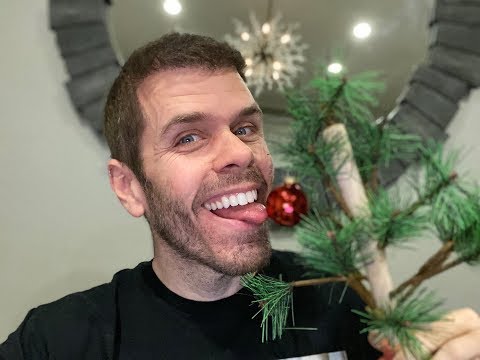 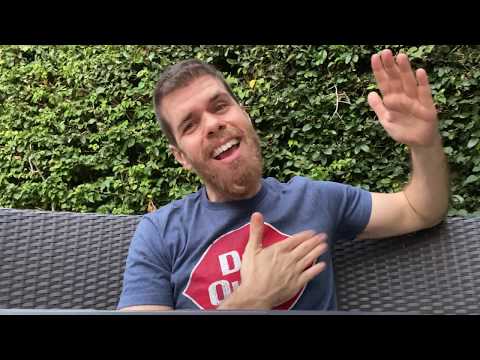 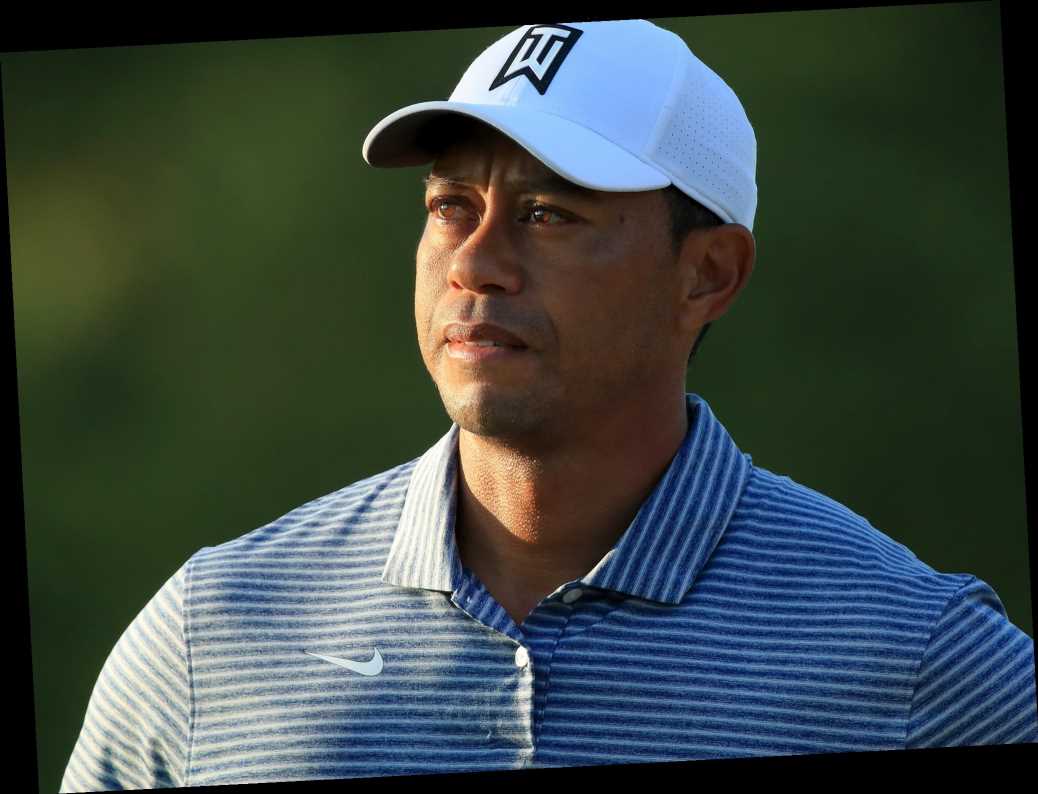 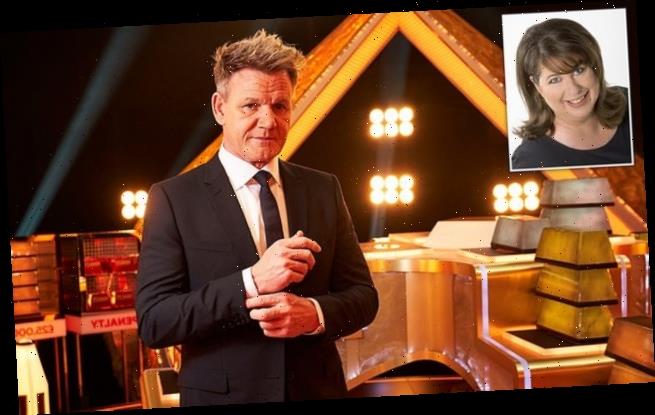 JAN MOIR: Gordon Ramsay's BBC balderdash is an insult to us ALL
Celebrities