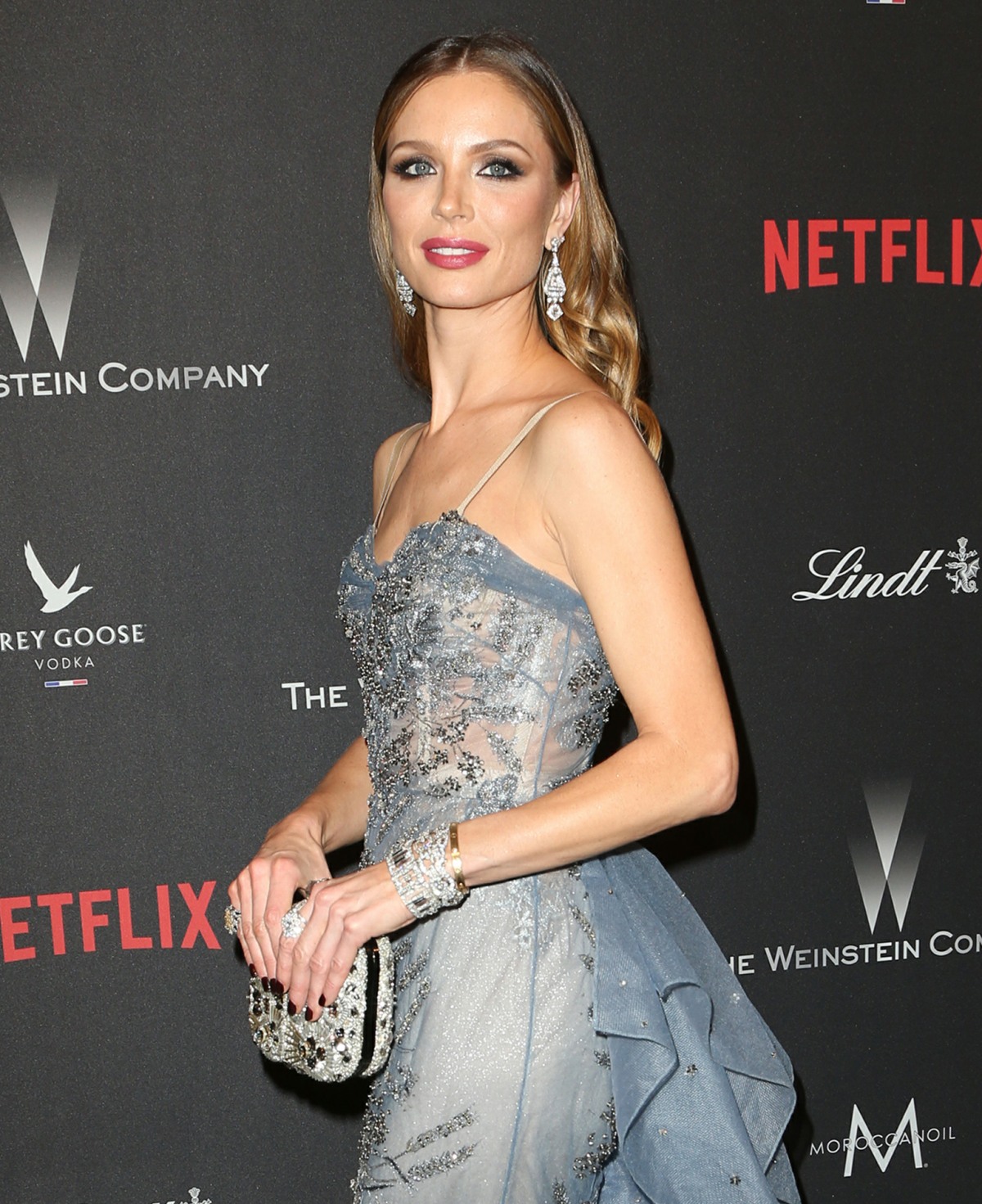 I was trying to do a bit of research to see if Adrien Brody had ever worked with Harvey Weinstein and I ended up rediscovering Brody’s comments about Woody Allen and Roman Polanski. Brody has worked with both Polanski and Allen, and in 2016 (pre-Me Too), he made the argument that an artist’s private life should be separate from their work (even if they commit crimes in their “private life”) and Brody said “people make mistakes in lives…I don’t even read about these things, to be honest. I choose not to indulge this kind of fodder…people have done things in their lives that may be inexcusable, but it’s not something to focus on.”

So now I don’t even care if he worked with Weinstein. I’m sure Brody did at some point, and I found photos of Brody posing with Weinstein at various events over the years. And so now, Adrien Brody is probably dating Harvey’s ex-wife, Georgina Chapman.

Two years after announcing she was divorcing the 67-year-old producer – who has been accused of harassment and assault by over 80 women – the mum-of-two has found happiness. News of her relationship comes on the eve of Weinstein’s controversial trial.

A friend said: “Georgina and Adrien obviously initially met through Harvey, but met again properly in April. Helena had invited them both to her swimwear launch in Puerto Rico, and they bonded over cocktails against a backdrop of various beautiful beaches. They stayed in touch when Georgina returned to London, and then arranged to go on a few low-key dates. Obviously it’s still quite a new thing, but Adrien is smitten and Georgina is the happiest she’s been in ages. She has had a torrid past couple of years, and finally feels ready to move on with her life. Her kids and family are all aware, and everyone whole-heartedly approves.”

I think they’re a weird couple, but whatever. Brody had a long-time girlfriend, Lara Lieto, but I think they broke up a year or two ago. He always seemed to like to date very young women, like women in the Leo DiCaprio Girlfriend Program, no one above the age of 25. Georgina is 43. So… I don’t know. It’s all kind of gross to me. After everyone went on and on about how Chapman shouldn’t be blamed for Weinstein’s crimes, I still felt like… well, she knew that he was forcing actresses to wear Marchesa. And once you start unraveling that, it just feels like… maybe Chapman’s comeback is kind of bulls–t. And I don’t even care who she’s dating? But the fact that she’s dating a sexual-predator-apologist makes perfect f–king sense.